Funding a Sustainable Future for PA

One of Pennsylvania’s major champions of sustainable energy is managed from a small corner office on the east side of Penn State’s Campus. The West Penn Power Sustainable Energy Fund (WPPSEF), valued around $22 million, has been steadily working to change the attitude toward energy and energy utilization in the twenty-three-county service area of West Penn Power.

The goal of the fund is to preserve and grow its initial monies in order to invest in sustainable energy projects around the Commonwealth. So far the WPPSEF has provided over 100 grants and funded more than 30 loans. Funding has been used to support the deployment of Pennsylvania’s growing wind and solar energy infrastructure, to stimulate biomass projects in the state, to develop and support a broad array of energy efficiency programs, and to sponsor energy-related events. Joel Morrison, research associate at the EMS Energy Institute, has served as WPPSEF director since its inception in October 2000. The EMS Energy Institute is responsible for overall management of the Fund and works closely with the Economic Growth Connection (EGC) of Westmoreland, which serves as the Fund’s corporate office. Together, the EMS Energy Institute, EGC, and the WPPSEF board of directors have grown the Fund and its activities during the last 12 years from $11.4 million to over $22 million. The Fund works very closely with West Penn Power to support utility programs. 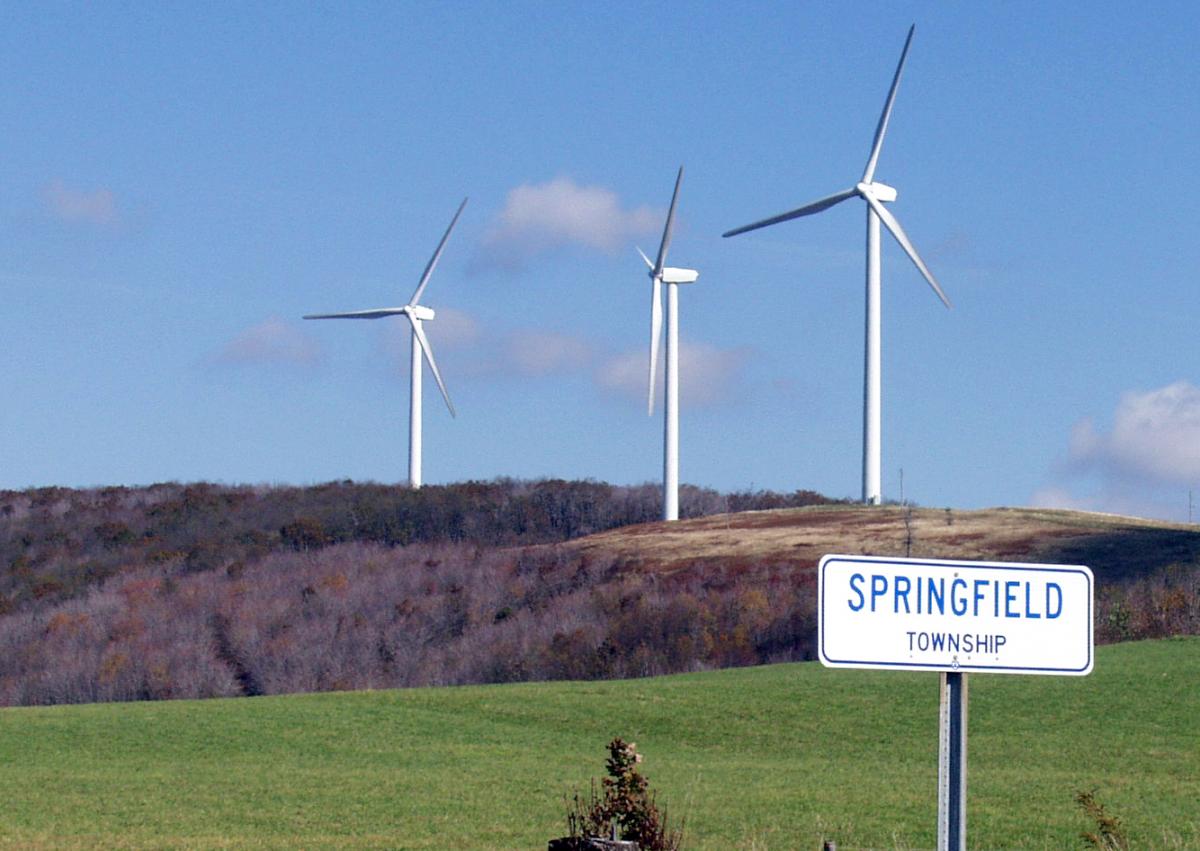 Changing face of energy in PA

In 2000 there was only one operational wind farm in Pennsylvania, the Green Mountain Wind Farm in Garrett, PA. Now, just 12 years later, there are more than ten and, according to the American Wind Energy Association, they provide enough energy to power 180,000 homes. In addition, the use of solar energy is on the rise as photovoltaic systems are used in residential, commercial, and industrial applications. The WPPSEF has had a hand in many projects throughout the state that have contributed to the significant emergence of these and other renewable energy technologies over the last ten years.

One of several projects in which the WPPSEF was able to support the use of solar power, was the acquisition and installation of a photovoltaic system as part of the 2011 capital project to expand and renovate the Sis and Herman Dupre Science Pavilion at St. Vincent College in Latrobe, PA. The photovoltaic system, which is part of the 110,000 square foot LEED Gold-certified facility, reduces the building’s carbon footprint as well as serves as an educational tool to promote the use of clean energy technologies and to increase public awareness of the viability of alternate energy sources. 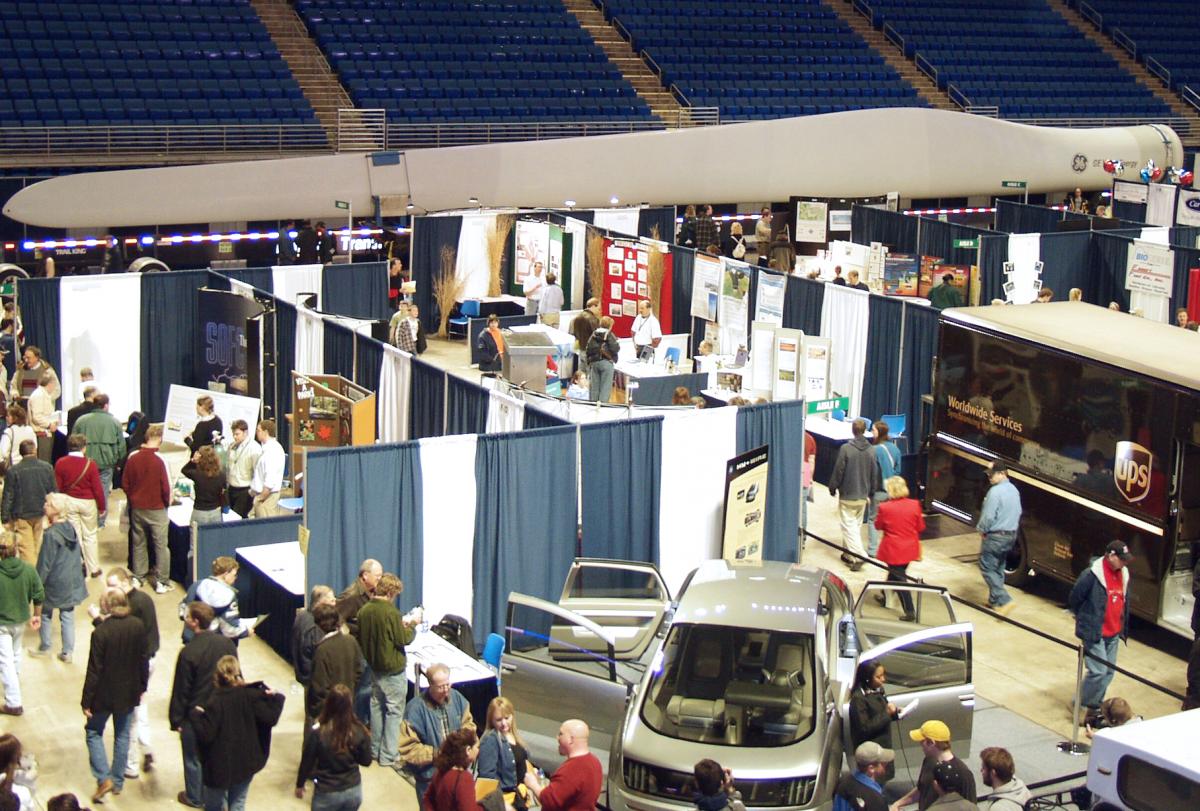 Bioenergy is yet another renewable energy source the WPPSEF has helped promote and fund. Biomass is an underutilized renewable energy source in Pennsylvania and the WPPSEF recognized a strategic initiative that can benefit Pennsylvania in a sustainable, environmentally responsible way. In early 2012 it provided an educational grant to help establish an industry-driven, non-profit association to advance the environmentally responsible use of biomass for clean heat, and combined heat and power applications.

The WPPSEF provided momentum for energy efficiency programs in Pennsylvania when, in 2007, it began to lay the foundation for a residential energy efficiency program designed to attract and establish the U.S. Environmental Protection Agency’s (EPA) Home Performance with ENERGY STAR and ENERGY STAR qualified home programs in Pennsylvania. The WPPSEF became the state sponsor for the EPA’s Home Performance program and won the EPA’s 2009 and 2010 Special Recognition Awards for Excellence in Energy Efficiency. Home Performance built on one of the WPPSEF’s existing energy efficiency financing programs – Keystone Home Energy Loan Program (Keystone HELP). In partnership with AFC Financing in Allentown, PA, the WPPSEF deployed Keystone HELP statewide and it became an immediate success when the PA Department of Treasury invested $20 million of base funding. “The WPPSEF took a leadership role in developing a series of residential energy efficiency programs that are now highly leveraged by Pennsylvania electric utilities as part of their ACT 129 programs,” Morrison said. “The WPPSEF is delighted to see its programs transition into the private sector and to flourish in a sustainable manner with private capital.” 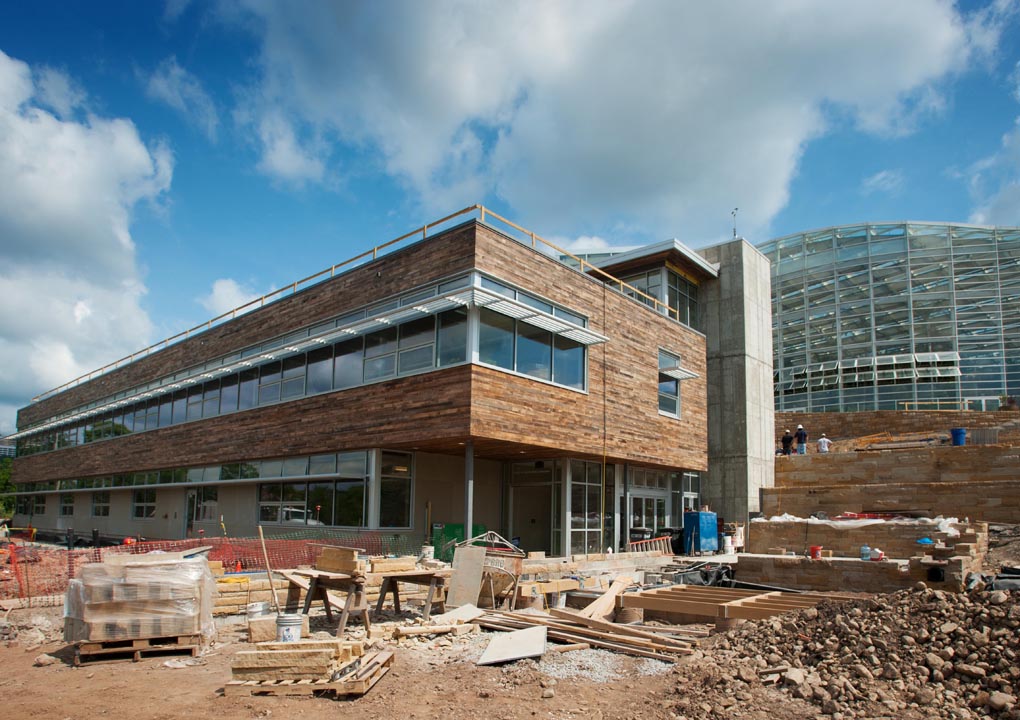 The WPPSEF has also worked to identify and support the American Society of Heating, Refrigerating and Air Conditioning Engineers (ASHRAE) Level II energy audits. It is currently supporting an energy audit at the Kiski School campus in Saltsburg, PA and is working with Greensburg-based Excela Health to reduce the health system’s energy use within its three hospitals, Frick Hospital, Latrobe Hospital, and Westmoreland Hospital. The WPPSEF is providing a grant to support Excela Health’s energy reduction program and overall goal of reducing energy and water costs at these facilities by 10 percent. Savings would equate to an annual reduction of 1,600 metric tons of carbon dioxide from electric use, 508 metric tons of carbon dioxide from natural gas consumption, and 5.6 million gallons of water.

Currently, the WPPSEF is partnering with the Phipps Conservatory in Pittsburgh, PA to support the construction of the Conservatory’s Center for Sustainable Landscapes. Morrison indicated that the center will meet the Living Building Challenge, a challenge issued by the Cascadia chapter of the U.S. Green Building Council, and exceed LEED Platinum certification requirements. The center will be a net zero energy high performance building while also being net zero in water consumption.

In addition to funding energy generation and efficiency projects, the WPPSEF also plays an important role in energy education at Penn State and throughout Pennsylvania. WPPSEF has worked closely with Penn State Public Broadcasting to produce two educational public broadcasts. ENERGY@home shows homeowners how to reduce energy use and save money, and PA Energy showcases Pennsylvania’s emerging sustainable energy technologies. Both public broadcasts are available on a DVD format. In 2004 and 2006, WPPSEF worked with the EMS Energy Institute and the Bryce Jordan Center to plan and host a statewide sustainable energy expo. The Clean Energy Expos drew over 25,000 attendees.

Support for driving innovation in solar PV design and building integration has been an area of interest for both WPPSEF and Penn State. The WPPSEF provided a $25,000 grant to Penn States’ 2007 and 2009 solar home entries in the U.S. Solar Decathlon competition. The Solar Decathlon, a U.S. Department of Energy event, is a student competition to design, build, and operate the most attractive, effective, and energy-efficient solar-powered house. The students in the competition gain valuable education on the benefits of energy efficiency, renewable energy, and green building technologies.

In 2010, WPPSEF expanded its efforts to support energy efficiency by launching an industrial-scale energy efficiency program. WPPSEF provided a grant to Penn State’s Pennsylvania Technical Assistance Program (PennTAP) to assist World Kitchen’s Pyrex manufacturing plant to develop an energy savings program that conformed to the U.S. Department of Energy’s Save Energy Now program. With the assistance of the WPPSEF, World Kitchen has begun to implement energy assessment recommendations such as upgrading the plant’s compressed air system, which will save the plant over 4,500,000 kWh a year.

The vision for WPPSEF was born out of the Electricity Generation Customer Choice and Competition Act, which Pennsylvania enacted in 1996 to restructure the electric industry. At that time, five Pennsylvania electric utilities established sustainable energy programs within their regions to promote renewable energy. On November 19, 1998, the PUC granted final approval to the West Penn restructuring plan, which included the provision to establish the WPPSEF to promote the adoption of clean energy technologies throughout its service region. In October 2000, the WPPSEF board of directors selected the EMS Energy Institute as the fund administrator. The WPPSEF is one of the five sustainable energy funds in operation today.